The humanities comprise all uniquely human accomplishments. Founded in history, they are the artistic and intellectual traditions of civilized peoples, namely: language, literature, philosophy, religion, and the arts. The goal of the humanities major is an interdisciplinary understanding of peoples and their times through accomplishments that convey best what they value most. In short, humanities shows us what being civilized amounts to, and by directing us to the meaning and worth of life, it helps us to create and enjoy a life of our own.

What can do you with a Humanities degree?

With a background in critical analysis and with an appreciation of history, ideas, and the arts, a graduate in humanities might find opportunities in communication, diplomacy, or commerce, as a cultural consultant, an editor or writer, an arts critic, a travel consultant, or a museum curator. Some of these careers, as well as teaching or research, will require study beyond the bachelor’s degree, but the broad, integrated humanities program is designed for success in many fields.

Why choose our program?

Majors in humanities may choose a general course of studies that allows for a balance between Western and non-Western civilization or they may emphasize European civilization, which takes its start with the Greeks. They all have at their disposal the Burnett Classics Seminar Room with its library and media resources. In addition to close academic advising and fellowship in a small department with diverse interests, they culminate their studies with a senior seminar. 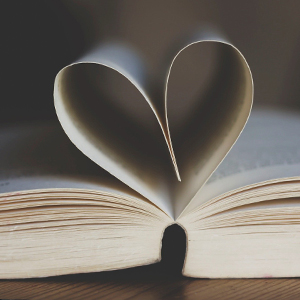 "After years of being undecided, I found a home in SDSU's Humanities Department. Humanities not only gives students the opportunity to build critical analytical and writing skills, but also instills and nurtures their curiosity and encourages each individual to understand different cultures, peoples, creeds, and ideologies through varying perspectives. As I move forward, I hope to perpetuate the same passion and appreciation for the humanities in all aspects of life, both professional and personal."

We offer two emphases for students to choose from: Global Humanities or European Humanities.

Global Humanities entails the integrated and interdisciplinary study of historical developments, cultural phenomena, literary, artistic, and media artifacts, languages, and ideas within and across global regions. In view of both the distinct contributions of and myriad interconnections among global cultures, this track emphasizes the value of investigating diverse humanistic traditions for developing a more nuanced understanding of the global past, and for participating in the global society we inhabit today. Students on this track will combine the study of foundational elements of the discipline (including a foreign language and writing in the humanities) with the study of historical and contemporary texts and contexts. In doing so, they will gain an appreciation for a broad range of shared and competing historical narratives, aesthetic expressions, cultural practices, ideological positions, and lived experiences.

Majors in global humanities program require completion of additional courses beyond the third college semester or fifth quarter taught in a language other than English.

Elective courses taken to fulfill the major must be approved by the humanities undergraduate adviser.

The European Humanities emphasis centers on a survey of European civilization from the Ancient Mediterranean World to the 21st century. A foreign language requirement of four to seven semesters facilitates some expertise in a classical or national civilization.

Majors in emphasis in European humanities require completion of additional courses beyond the third college semester or fifth quarter taught in a language other than English. Refer to selections below.

Elective courses taken to fulfill the major must be approved by the humanities undergraduate adviser.

During their last semester, ALL seniors majoring in humanities shall submit to the department a portfolio of their scholarly work that includes a 300-word summary of their study of the humanities, the paper submitted for Humanities 490, and seminar presentation.

The following courses are acceptable for the Humanities major, minor, and premajor.

HUM 101. Introduction to Humanities (3) [GE]
Preliminary investigation: how values and ideals are expressed in literary, artistic, and intellectual achievements of individuals and civilizations throughout the world.

HUM 140. World Mythology (3) [GE]
Comparative themes and figures from various mythologies of the world. Interpretation of myths; their influence on art, culture, and history.

HUM 201. The Body (3) [GE]
How bodies shape our understanding of ourselves and others across multiple spheres of private and public life. The body and identity, physiological health challenges and solutions, the social power of physical movement.

HUM 296. Experimental Topics (1-4)
Selected topics. May be repeated with new content. See Class Schedule for specific content. Limit of nine units of any combination of 296, 496, 596 courses applicable to a bachelor’s degree

HUM 322. LGBT History and Culture (3) [GE]
(Same course as Lesbian, Gay, Bisexual, and Transgender Studies 322)
Interdisciplinary field of lesbian and gay studies with attention to history and artistic expression. Topics include varying attitudes toward homosexuality in history, as well as literary, artistic, theatrical, and musical contributions of the lesbian, gay, bisexual, and transgender community.

HUM 360. Animal Humanities (3) [GE]
Humanities beyond “the human.” Nonhuman animals as subjects in the world. Animals as focus of ethics, literature, philosophy, theory, and visual culture.

HUM 370. American Culture (3) [GE]
Literary, artistic, and intellectual achievements of the United States from colonial times to the present day. Great cultural traditions and influences represented in the contributions of Americans of diverse gender, ethnic, geographic, and political identity.

HUM 390W. Writing in the Humanities (3)
Prerequisites: Humanities 101 or 102 with a grade of C (2.0) or better. Satisfies Graduation Writing Assessment Requirement for students who have completed 60 units; completed Writing Placement Assessment with a score of 8 or better (or earned a grade of C (2.0) or better in Rhetoric and Writing Studies 280, 281 [or Linguistics 281] if score on WPA was 6 or lower); and completed General Education requirements in Communication and Critical Thinking. Proof of completion of prerequisites required: Test scores or verification of exemption; copy of transcript.
Theoretical approaches in study of humanities. Writing in discipline of humanities through analysis of key thinkers in history.

HUM 405. Faith and Hope (3) [GE]
(Same course as Religious Studies 405)
Humanities as expressed in religion. Acquisition and/or loss of faith. Questioning of theological systems. Confrontation with death. Nature of hope. Use of signs, symbols, and narratives to generate social structures. Symbolic and mystical systems of meaning. Influence of religion upon culture.

HUM 406. Renaissance and Self (3) [GE]
Rebirth broadly defined, up to the present. The idea of progress. Humanities and cult of antiquity. Innovation in arts and letters. Traversing the globe. Quest for virtue, fame, glory. Questioning the past. The nature of genius.

HUM 408. The Modern (3) [GE]
Conceptualizing past and present. Valorization of the new and improved. Cultural products of imperialism, monopoly, consumerism, mass media, and corporate identity. The culture of the “Other.” Literary, artistic, and intellectual breakthroughs of the nineteenth and twentieth centuries and their influences.

HUM 409. The Future (3) [GE]
Conceiving of time and visions for tomorrow in an ever-changing world. Being human in an age of artificial intelligence and cloning. Utopian and dystopian visions. Thinkers, artists, and scientists from past and present contemplate the unknown. Breakthroughs and possibilities.

HUM 411. Understanding Evil (3) [GE]
(Same course as Religious Studies 411)
Evil and how the language of evil has been used by diverse religious communities. Conceptions and portrayals of demons, hell, Satan, and vampires. Literature on the Holocaust, terrorism, torture, and war.

HUM 412. Science and the Humanities (3) [GE]
How developments in science and technology have informed artistic, literary, and philosophical production throughout the modern era.

HUM 490. Senior Seminar in Classics and Humanities (3)
Prerequisite: Classics or humanities major with more than 90 units; others with consent of department chair.
Senior capstone seminar in major. Discussion and research on topic in classics and humanities. Formal research paper.

HUM 496. Topics in Humanities (3)
Interdisciplinary topics in literature and the arts. May be repeated with new content. See Class Schedule for specific content. Limit of nine units of any combination of 296, 496, 596 courses applicable to a bachelor’s degree. Maximum credit six units.

HUM 580. Topics in the Humanities (3)
Prerequisites: Three units of humanities and upper division or graduate standing.
Advanced systematic study of a motif or theme in the humanities. See Class Schedule for specific content. May be repeated with new content. Maximum credit six units.

HUM 596. Topics in Humanities (1-3)
Prerequisites: Upper division standing and consent of instructor.
Interdisciplinary topics in literature and the arts. May be repeated with new content. See Class Schedule for specific content. Limit of nine units of any combination of 296, 496, 596 courses applicable to a bachelor’s degree. No more than six units of 596 may be applied to a bachelor’s degree. Credit for 596 and 696 applicable to a master’s degree with approval of the graduate adviser.

If you need further information or have any questions, please contact a humanities adviser or visit any of the links below.